How a Public-Private Partnership is Expanding America’s Capabilities 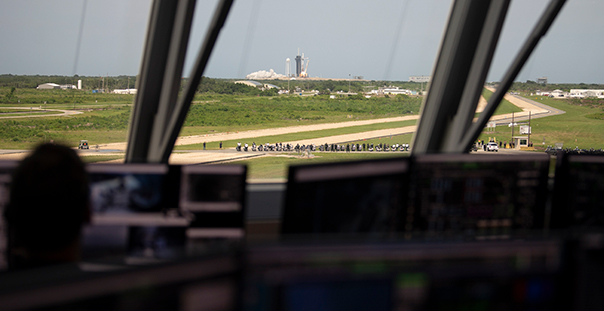 This week NASA launched two of its astronauts into space from American soil for the first time since 2011. But what made the event truly historical was that for the first time, they did so on spacecraft owned, built, tested, and operated by commercial industry.

The launch was the second demonstration mission for SpaceX under NASA’s Commercial Crew Program (CCP). The first demo had been an uncrewed flight. The CCP represents an innovative approach to public-private partnerships for the agency. It seeks to design, build, test, and operate safe, reliable, and cost-effective human transportation systems to low-Earth orbit through collaboration with the American aerospace industry.

Commercial transportation to and from the station will provide expanded utility, additional research time, and broader opportunities for discovery on the orbiting laboratory. During its nearly 20-years of continuous occupation, the lab’s residents have conducted almost 3,000 experiments in many scientific fields, as well as technology demonstrations. Having commercial companies focus on providing human transportation services to and from low-Earth orbit also frees up NASA to focus on building spacecraft and rockets for deep space missions.

In addition, the agency wants to change the concept that the government is the only driver of supply and demand for spaceflight. During a recent interview with Bloomberg, Administrator Jim Bridenstine said NASA hopes to create a business model where it is not the only customer for these services and where numerous providers exist—and compete in terms of cost, safety, and innovation.

SpaceX and Boeing are the two companies working with NASA in this capacity. Both are focused on test missions, including abort system demonstrations and crew flight tests, ahead of regularly flying crew missions to the space station.

SpaceX and Boeing are the two companies working with NASA in this capacity. Both are focused on test missions, including abort system demonstrations and crew flight tests, ahead of regularly flying crew missions to the space station.

SpaceX is an aerospace manufacturer and space transportation company founded 18-years ago by eccentric billionaire Elon Musk. His objectives in creating the company include removing economic barriers to space transportation for, among other things, space tourism and, ultimately, facilitating human colonization of Mars.

While that may sound farfetched to some, getting to the red planet is in NASA’s plans as well. When the agency’s 2020 budget was revealed last year, a statement from its administrator said, “We will go to the Moon in the next decade with innovative, new technologies and systems to explore more locations across the lunar surface than ever before. This time, when we go to the Moon, we will stay. We will use what we learn as we move forward to the Moon to take the next giant leap—sending astronauts to Mars.”

The spacecraft being developed by Boeing in conjunction with the CCP is the Crew Space Transportation (CST)-100 Starliner. It was designed to accommodate seven passengers, or a mix of crew and cargo, for missions to low-Earth orbit. For NASA service missions to the International Space Station, it will carry up to four NASA-sponsored crew members and time-critical scientific research.

The current Demo-2 mission is the Crew Dragon’s final major test before the CCP certifies it for operational, long-duration missions to the space station. During this final flight test, all aspects of SpaceX’s crew transportation system, including the Crew Dragon spacecraft, spacesuits, Falcon 9 launch vehicle, launch pad 39A, and operations capabilities, will be validated.

“It’s difficult to put into words how proud I am of the people who got us here today,” said Kathy Lueders, NASA’s Commercial Crew Program Manager at the Crew Dragon’s launch. “When I think about all of the challenges overcome—from design and testing, to paper reviews, to working from home during a pandemic and balancing family demands with this critical mission—I am simply amazed at what the NASA and SpaceX teams have accomplished together. This is just the beginning; I will be watching with great anticipation as Bob and Doug get ready to dock to the space station tomorrow, and through every phase of this historic mission.”