The Rail Industry Is Saving Millions of Gallons of Fuel a Year — And They’re Using “Cruise Control” to Do It.

Railroads are running greener and more efficiently thanks to energy management technology. Here’s how. 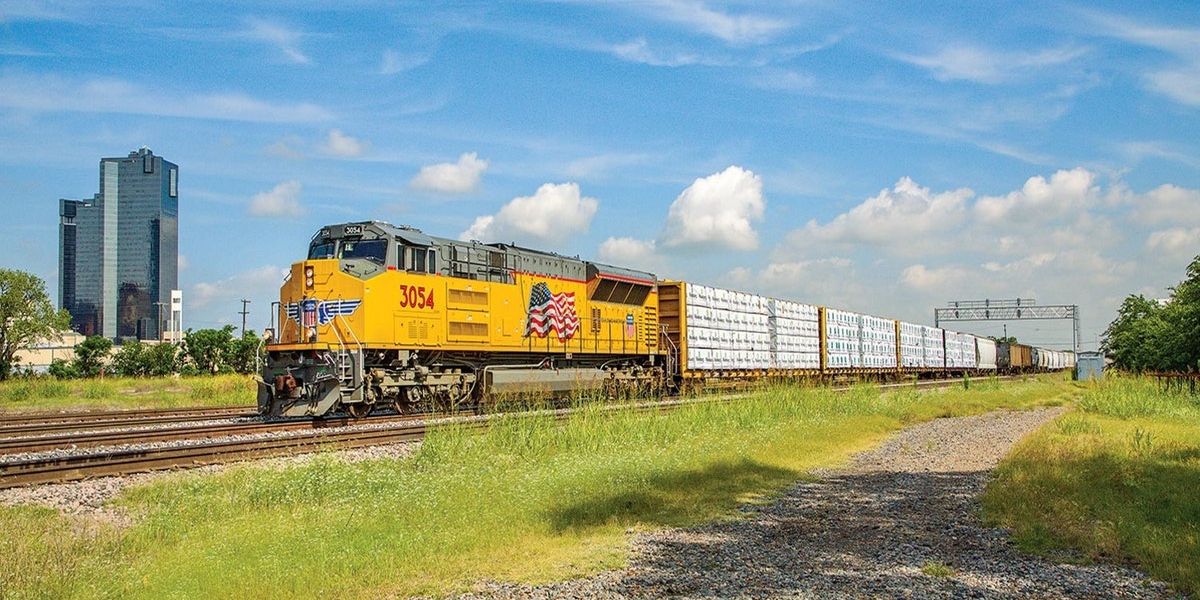 Railroads are leveraging technology to improve the fuel efficiency of their locomotives, lowering operating expenses and reducing emissions in the process.

Train locomotives have a difficult job: they pull tons upon tons of freight over long distances and across all types of geography…and they can’t do it without fuel. A lot of fuel. How much? Each year, the number of gallons of fuel Class I railroads (the largest railroads in North America) consume in total is well into the billions.

For railroads, fuel is a major expense. But fuel consumption is also directly related to emissions. So when railroads can consume less fuel, it’s a win-win: lowered operating expenses for the railroad and fewer emissions for the environment. That’s why railroads are leveraging technology to improve the fuel efficiency of their locomotives.

How Do You Make a Locomotive More Fuel Efficient?

How are Class I railroads working to make locomotives more fuel efficient? They’re actually using a sort of “cruise control” for locomotives. The two main products railroads leverage are GE’s Trip Optimizer and New York Air Brake’s LEADER (Locomotive Engineer Assist / Display & Event Recorder). When installed on locomotives, these products take into account the topography of the land, the length of the train, and the weight of the train and its cars (tonnage) to optimally apply power and speed to the train. In other words, these energy management systems are a lot like cruise control, as they use throttle (like applying the gas pedal in your car), coasting and braking to save fuel.

How does the system know the topography of the land and the curvature of tracks for optimal speed? Put simply, energy management systems use files from Positive Train Control (PTC), an advanced system railroads have already been implementing that is designed to automatically stop a train before certain accidents occur. Leveraging the data already being collected by PTC, energy management systems can begin to “understand” train movements. Added to this data is real-time feedback from locomotive engineers and software developers who test the systems repeatedly for accuracy. Once energy management systems are tested and approved for specific territories, they are rolled out and feedback is once again collected to ensure the system is doing what it is designed to do and enhancements are continually made.

Energy management systems typically yield a fuel savings of between 3-5%. That may sound small, but when you consider that larger railroads consume more than a billion gallons of fuel every year, it makes a big impact…with the potential to save millions of gallons of fuel annually.

Thanks in part to these technologies, U.S. freight railroads can, on average, move one ton of freight more than 470 miles per gallon of fuel, making rail the most environmentally friendly way to move freight over land.

But Is Cruise Control for Trains Safe?

Have you ever stood near a locomotive? They are huge, and they travel with literally tons of weight behind them. So, safety is always the biggest concern with any new technology. With energy management systems, the locomotive engineer always has the ability to override the system if needed. However, the systems also work in tandem with PTC to anticipate and comply with safety components across the rail system, like signals and speed-restricted areas.

For instance, these systems can “read” signals far in advance and respond accordingly. When this happens, locomotive engineers see a gradual throttle change. So, just like in your car, you probably don’t go pedal to the metal when the light turns green or slam on the brakes when approaching a red light. The same is true for locomotives equipped with PTC and energy management systems.

Does It Affect Speed?

If trains are automatically slowing down, it’s reasonable to wonder if PTC or energy management systems impact the ability of trains to run on time. For the most part, the answer is “no.” These systems compute optimal driving solutions, adjusting a locomotive’s throttle and braking to help keep trains on schedule. Although the system may slow the train in some segments, it may make up speed later in the trip.

Currently, all of the Class I railroads are installing some variation of energy management systems on their locomotives, with each in various stages of implementation. Union Pacific, for instance, has more than 2,100 locomotives and 17,000 route miles equipped with this capability, with more to come.

That means that, even though rail is already the most environmentally friendly way to move freight over land, it will continue to get greener and more efficient.

Your Shipments Can Make an Impact

According to the Association of American Railroads, if just 10 percent of freight moving by truck right now moved by rail instead, it would save about 1.5 billion gallons of fuel annually and it would cut annual greenhouse gas emissions by 17 million tons. That’s equivalent to planting about 400 million trees or removing 3.2 million cars from highways for a year.

Want to learn what impact you could make if your shipment traveled by rail? Check out this Carbon Emission Calculator. Or, get in touch.