Also in the Expo, take advantage of this gathering of solution providers who are exhibiting.  Engage with them live and seek their expertise.  Talk with them using the Talk Now feature (https://vimeo.com/492099879) or meet with them using Zoom.  View the resources they have made available for you.

Maximize these opportunities and more! 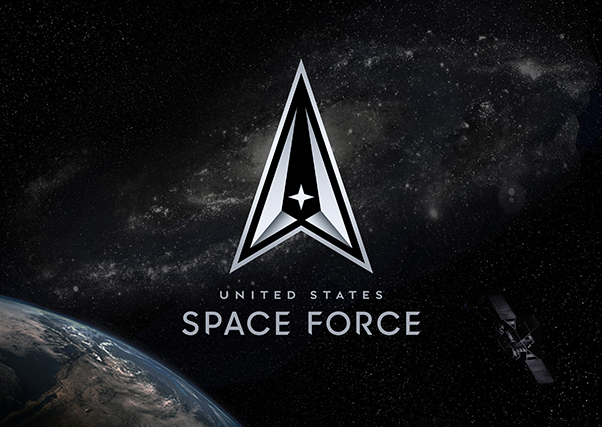 What Do You Call a Space Force Service Member?

Since the Space Force was first stood up, one question has been what we will call the men and women filling its ranks. While there have been many humorous guesses such as Spacemen and Space Cadets, some are simply built on practicality such as Space Forcemen and Space Marines. In December, former Vice President Mike Pence put the guessing to an end when he announced that our newest DOD service members, standing alongside Soldiers, Sailors, Marines, and Airmen, will be called Guardians. […READ MORE…]

The NDTA-USTRANSCOM Fall Meeting took place October 5-8, 2020. The event brought together more than 1,500 attendees from government, military, and industry to learn and collaborate in a virtual setting. The theme for the meeting was Innovative and Disruptive…2020 Vision for the Future.

Throughout history, transportation and logistics have evolved due to technology, changing requirements, and unanticipated disruptors. The panel share their thoughts on how logistics will adapt to meet the warfighter’s requirements and challenges in the future. They also discussed the future impacts of technology on transportation and logistics. […READ MORE…]

A Better Bureaucracy Can Close the Gap Between Defense and Commercial Technologies
(War on the Rocks) As it is currently organized, the US government is ill-equipped to deal with the growing number of national security challenges that exist at the intersection of commercial and defense technology. To solve these problems, the White House needs to ensure there is a single organization that has stewardship of all the issues that cross existing lines between national security, commerce, and technology.

Biden Harnesses Defense Production Act to Speed Vaccinations and Production of Protective Equipment
(The Washington Post) The Biden administration has announced a handful of initiatives aimed at accelerating mass inoculations against the coronavirus and expanding production of rapid tests and surgical gloves to help control the pathogen. This includes taking several steps under the Defense Production Act in a bid to boost supplies of the shots and of other critical equipment.

The United States and Japan Should Prepare for War with China
(War on the Rocks) Last week, China toughened its language against Taiwan, warning that “independence means war.” A few days prior, the Taiwanese Defense Ministry reported 15 aircraft from the Chinese air force inside its air defense identification zone. This uptick in saber-rattling suggests the military challenge posed by China will likely continue, making it one of the Biden administration’s top priorities.

Pentagon Leaders Discuss Challenges of Moving Data To and From the Tactical Edge
(Nextgov) As the Defense Department shifts to become the data-centric organization laid out in its enterprise-wide data strategy, data leaders across the department and the services are working through questions related to how to keep information flowing from the enterprise level to the tactical level and vice versa.

Air Force Study on Future Aerial Refueling Tanker Could Start in 2022
(Defense News) The Air Force could begin to lay out its vision for a future aerial refueling tanker, previously known as KC-Z, as early as next year, says Commander of Air Mobility Command, Gen. Jacqueline Van Ovost.

Five Steps to Keep Your Supply Chain Secure
(Forbes) Though the well-publicized SolarWinds hack this past December came as a shock to many outside the security world, most experienced cybersecurity professionals had a different response. To them, the vulnerability that compromised thousands of organizations, including many departments within the U.S. government, was something else altogether: an inevitability.

How Prioritizing Employee Satisfaction Helped A Company Scale Global Compliance and Thrive Amidst the Pandemic and Beyond
(SAP Concur) Transformation of a travel and expense program served as a starting point for simplification in other areas of the organization for one company. By prioritizing employee satisfaction it kept humans central to the implementation of artificial intelligence-aided technology, which has allowed operations and employees to thrive amidst the pandemic and beyond.

U.S. Defense Logistics Agency-Energy Awards Crowley Fuel Delivery Contract to Remote Aleutian Air Station
(Crowley) Crowley Solutions has been awarded the five-year contract to deliver military specification fuel to the Eareckson Air Station located on the remote Aleutian Island of Shemya, Alaska. Under the Defense Logistics Agency-Energy contract, beginning in 2021, Crowley will provide lightering and transportation of 4 million gallons of fuel annually for the radar and aircraft refueling station and its 180 military, contractors, and civilians who operate it.

F-15EX First Flight Clears Path for Deliveries to U.S. Air Force
(Boeing) The new Boeing F-15EX fighter jet completed its first flight today, paving the way for the early delivery of the first two jets to the U.S. Air Force later this quarter. The jet took off and landed from St. Louis Lambert International Airport, completing a 90-minute test flight before returning to the airport.