The NDTA-CAS Surface Force Projection Conference (Virtual), May 18-20, 2021, will feature a number of noteworthy keynote speakers who will lead discussions focused on the conference theme “From CONUS to the Indo-Pacific Region: Projecting Forces through Strategic Ports to Provide Combat Power”.

Two of our keynote speakers will include:

GEN Edward M. Daly, USA, Commanding General, Army Materiel Command
Topic: Defense Industrial Base Support to the Warfighter
The broad topic will include a discussion of Strategic Readiness & Force Projection as it pertains to the Defense Industrial Base; challenges of the contested environment; thoughts about preposition equipment and supplies; logistics and transportation gaps and seams.

The success of these discussions depends on your involvement. Please join us by getting registered for the 2021 NDTA-CAS Surface Force Projection Conference (SFPC) (Virtual), May 18-20, 2021.

Homecoming: Supporting the Repatriation of US Citizens Amid the COVID-19 Pandemic

At the onset of the COVID-19 pandemic, global travel came to a near-total standstill, effectively stranding tens of thousands of US citizens abroad. In close coordination with the Centers for Disease Control and Prevention and the Department of Health and Human Services, the State Department was responsible for meeting the monumental challenge of bringing these Americans home. With the dedicated support of their commercial industry partners, they were able to meet that challenge. […READ MORE…] 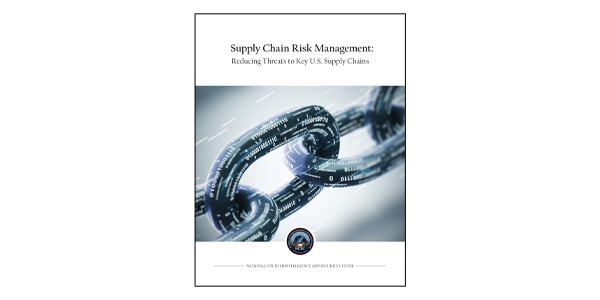 The National Counterintelligence Strategy of the United States 2020-2022 strategic objective for supply chain security is to: “Reduce threats to key US supply chains to prevent foreign attempts to compromise the integrity, trustworthiness, and authenticity of products and services purchased and integrated into the operations of the US Government, the Defense Industrial Base, and the private sector.” […READ MORE…]

Blinken and Austin’s Heavy Lifting: Takeaways from Indo-Pacific Tour
(Nikkei Asia) Between them, Blinken and Austin accomplished a great deal on their first international trip as secretaries. “Two-plus-two” visits to estranged neighbors Japan and South Korea, a huddle with strategic partner India, and even a surprise appearance in Afghanistan, followed by a phone call with Pakistan’s most powerful man, all show the U.S. pushing the envelope to work with friends and allies, both old and new, to outmaneuver China in the Indo-Pacific, with an eye on conflicts past and present.

Army Revamping How It Positions, Maneuvers Global Force as It Faces an Assertive China
(Stars and Stripes) The U.S. Army will transform over the next 14 years into a multidomain power capable of operating as an “inside force” within an adversary’s defensive zones, according to a strategy paper released Tuesday by the service. The transformation affects the Army worldwide, but the paper regards the Indo-Pacific region as the most imminent challenge.

The Future of Sino-US Proxy War
(Texas National Security Review) Strategic thought in both the United States and China has focused on the potential for a Sino-U.S. interstate war and downplayed the odds of a clash in a foreign internal conflict. However, great-power military competition is likely to take the form of proxy war in which Washington and Beijing aid rival actors in an intrastate conflict.

China’s Secretive Maritime Militia May Be Gathering at Whitsun Reef
(Foreign Policy) Since at least March 7, 2021, many dozens of large, blue-hulled PRC ships have been lashed together in Whitsun Reef’s lagoon. They have not been seen to do any fishing, but run powerful lights at night. Citing the presence of 220 China Maritime Militia (CMM) vessels, on March 21 Philippine Defense Secretary Delfin Lorenzana publicly demanded their departure from his nation’s Exclusive Economic Zone. But Beijing remains defiant.

How China is Winning the Subsea Internet Cable Competition in Africa
(Maritime Executive) Since its launch in 2013, China’s Belt and Road Initiative (BRI) has received extensive attention against the backdrop of growing national debts in many African countries, with discussion focused primarily on the overland Silk Road and the maritime Silk Road. However, the spotlight on China’s Digital Silk Road (DSR) has remained faint, despite its overarching role in realization of the BRI.

A New Great Game Finds the South Atlantic
(War on the Rocks) In March, the South Atlantic witnessed an unusual scene: a U.S. ship turning around and sailing for home, having been refused docking rights and services by the Argentine Ministry of Foreign Affairs. The press paid little attention to this kerfuffle, but it was yet another sign that a tectonic shift is underway. In the South Atlantic, former U.S. security partners are building stronger ties with China, a shift that presents critical future risks for Washington and the inter-American community.

Second Stage of Chinese Telecom Ban Producing Unintended Consequences
(Federal News Network) Phase two of the U.S. government’s crackdown on untrusted Chinese hardware and software in its supply chain is only about six months old. But as some contracting experts both inside and outside of the government warned at the time, the latest implementation appears to be causing unintended consequences because of ambiguities over what it means to “use” equipment made by companies like ZTE and Huawei.

AAR Continues to Advance Aviation Technician Development: Earned Recognition From U.S. Department of Labor and Signed MOU with American Association of Port Authority’s ACCELerate Apprenticeship Program
(AAR CORP.) AAR announces that its EAGLE Career Pathways program for aircraft maintenance technicians (AMTs) has been recognized by the U.S. Department of Labor’s (DOL) Employment and Training Division as a nationally registered apprenticeship. AAR’s program standards were approved by the DOL’s Office of Apprenticeship in Washington, DC, in February.

Chapman Freeborn and Antonov Team Up and Charter Three An-124s to Transport 370 Tonnes of Cargo from Australia to Brazil
(Chapman Freeborn) Chapman Freeborn and Antonov Airlines have transported 370 tonnes of mining plant equipment from Melbourne, Australia to Brazil in three Antonov An-124 aircraft. The An-124 is one of the largest aircraft in the world, specifically designed for heavy cargo. There have only been 55 in existence since the jet was first manufactured in 1982, 19 of which are currently in operation globally.

Top 6 Business Challenges You Didn’t Know AI Could Help With
(SAP Concur) AI is here to make a difference. So, instead of fearing automation, many employees should look forward to jobs that challenge and interest them, providing opportunities to add more value instead of performing mundane, repetitive tasks.

Choice Hotels Reveals Next Milestone for Flagship Brand: The Comfort® Rise & Shine™ Prototype
(Choice Hotels International, Inc.) Choice Hotels has unveiled the new Comfort Rise & Shine prototype as the next milestone for its flagship, upper midscale brand. The prototype celebrates the successes of the iconic brand as Comfort marks its 40th anniversary this year, and positions the brand for continued performance and system growth.