SFPC is One Week Away!

We are just one week away from the National Defense Transportation Association (NDTA) and Christopher Newport University’s Center for American Studies’ Virtual Surface Force Projection Conference (SFPC): The theme of this year’s meeting is “CONUS to the INDO-PACIFIC Region: Projecting Forces through Strategic Ports to Provide Combat Power.”

The success of these critical discussions depends on your involvement, please make it a priority to attend. If you have not already registered, now is the time. See the agenda and register now at www.ndtahq.com/events/ports-conference/.  Once you are registered, you will receive a confirmation email with the conference URL and password. For assistance or questions, please contact ndtahq@ndtahq.com. 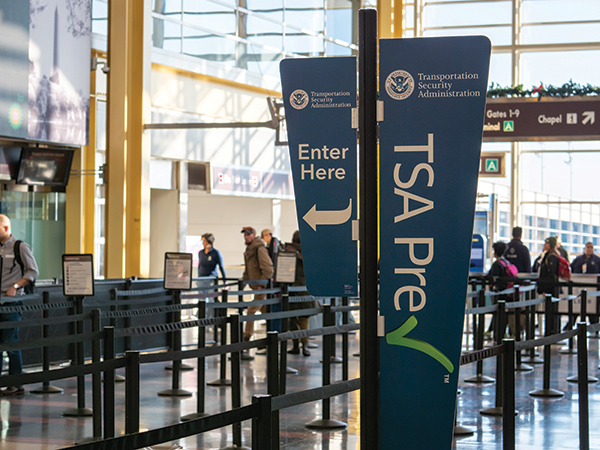 More than one year into the COVID-19 pandemic, the Transportation Security Administration (TSA) remains vigilant in maintaining world-class security while doing everything possible to prevent the spread of the virus. The pandemic that has profoundly impacted all of our lives has affected the way TSA provides security.

After a massive decrease in air travel during the initial lockdown a year ago, the number of flights to and from US airports is steadily increasing. More people are getting vaccinated, while new cases of COVID-19 continue to fall nationally. However, while the pandemic shows signs of subsiding, the Centers for Disease Control and Prevention (CDC) has identified new COVID-19 variants, the effects of which won’t be known for a while. […READ MORE…] 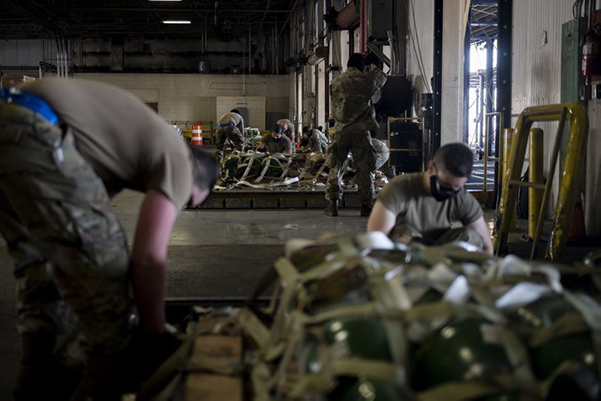 Rapid COVID-19 test kits and N95 masks are among initial supplies from the Defense Logistics Agency being provided to India as part of the US government’s effort to help meet urgent health needs there.

EU and US Defense Leaders Pounce on New Pet Project: Military Mobility
(Defense News) European Union members have admitted the United States into a project aimed at quickening the flow of military personnel and equipment across the continent, hoping the move will open a new front in trans-Atlantic cooperation.

An Update on a Big Program to Help Cybersecurity of the Defense Industrial Base
(Federal News Network) Even for the government, the Defense Department’s Cybersecurity Maturity Model Certification program is a complicated apparatus. Get an update from the Chairman of the Accreditation Body Board of Directors, retired Air Force Col. Karlton Johnson.

Why the United States Needs an Independent Cyber Force
(War on the Rocks) The cyber warfare domain is entirely different from the physical domains of air, land, sea, and space that shape the focus and warfighting priorities of the services. Yet too often, the services treat cyber as an enabler of more conventional military operations in their respective domains, rather than an entirely new and unique domain of warfare.

China Plans to Revive Strategic Pacific Airstrip, Kiribati Lawmaker Says
(Reuters) China has drawn up plans to upgrade an airstrip and bridge on one of Kiribati’s remote islands about 3,000km southwest of Hawaii, lawmakers told Reuters, in a bid to revive a site that hosted military aircraft during World War II.

CGI’s Momentum® Authorized for FedRAMP
(CGI) Continuing on Momentum Suites’ success in the Cloud, CGI has announced its Momentum® Enterprise Suite Software as a Service (SaaS) has been authorized for Federal Risk and Authorization Management Program (FedRAMP) by the Joint Authorization Board (JAB).  With this authorization, CGI’s Momentum joins a select group of certified products endorsed by the JAB to work within the Cloud at Federal agencies.

Amtrak at 50: Looking to the Future
(Amtrak) President Joe Biden joined Amtrak executives for a ceremony to pay homage to the past and share Amtrak’s bold vision for the future. The ceremony highlighted the remarkable contributions of Amtrak employees past and present as well as ambitious plans to expand and improve rail service for the future.

Enterprise Expands Across APAC, EMEA, and LAC as Part of Company’s Continued Investment in Global Network
(Enterprise Holdings) Enterprise has announced that it has opened more than 100 new branch locations in 20 countries across Asia Pacific (APAC), Europe, Middle East and Africa (EMEA), and Latin America and the Caribbean (LAC) over the past 12 months. The openings are part of the company’s continued investment in developing its global branch network, with more new outlets planned throughout 2021.

FedEx Delivering Critical COVID-19 Aid to India
(FedEx) As India and its healthcare systems face a surge in COVID-19 infections across the country, FedEx Express, a subsidiary of FedEx Corp. (NYSE: FDX) and the world’s largest express transportation company, is working with organizations around the world to deliver critical medical supplies and equipment during this crisis.